Today’s traffic networks are broken. This requires new technologies that lead to a development towards a disruptive change in mobility. Autonomous vehicles (AV) enable this transformation process, but only if they are thoughtfully implemented by policymakers. Since the success is mainly influenced by policymakers, a favourable regulation and a strategic plan for AVs introduction is an essential prerequisite. Our research insights which are based on a systematic literature review, give policymakers a guideline on what to consider when implementing AVs today. Based on the study, the results of subsequent studies dealing with the effects of AVs on cities will be published soon. By Maximilian Richter

Status Quo – the downside of today’s individual mobility
In more than 50 years since cars are available on the mass-market, we can see that the entire eligible urban space was simply filled with roads and parking spaces for traffic (Gehl, 2017). Motorized individual traffic has been pushed by policymakers, because for years more roads and infrastructure has been associated with more prosperity (UN Habitat, 2013). This trend has led to broken traffic which has wider negative impact such as high output of pollution, high amount of fatalities, lack of public space or social injustice. As an example, in historically planned cities such as Barcelona, Hong Kong, and Manhattan, more than a third of all public land is devoted to roads or parking spaces (UN Habitat, 2013). Further, car-related accidents have worked their way up among the top 10 causes of death; even being the leading cause of death for young adults aged 5-29 (WHO, 2018, 2020). All combined, todays traffic leads to a reduced quality of life.

Future scenario – AVs as a remedy for today’s traffic burden
In recent years, autonomous driving has become reality. Companies such as Waymo and NuTonomy, officially started self-driving-car-services in suburbs tree years ago. If such companies expand their services from pilot projects in suburbs to area-wide operations in cities around the world, we will see a fundamental revolution in mobility and a change in traffic and urban form. Three different ways of autonomous driving are expected:

What are crucial steps to make AVs a success?
Policymaker need to understand the need and effects of AVs at an early stage to create useful framework conditions how AVs should be implemented in today’s transportation network. Then, the positive future scenario can only be released if the effects of AVs on cities are understood and their implementation is controlled systematically. Otherwise, if AVs are deployed as an upgraded version of human-driven vehicles, the optimal benefits of the new technology may not be derived. However, our insights into the implementation process of AVs allow us to develop recommendations on what needs to be done to ensure success in an early stage:

1. Prevent cannibalization of public transport to avoid radical shift from mass to individual transport
AVs increase the mobility of currently unserved populations such as those people without a driver licenses, travel- restrictive medical conditions, or seniors. If these groups of people switch from public transit to autonomous vehicles, the traffic will increase by 14% (Harper et al., 2016). Making public transport more attractive prevents people from switching to AVs. Furthermore, it must be ensured that AVs complement the existing transportation network instead of disrupting it. Accordingly, politicians must set a framework for AVs to operate especially where the public transport network ends.

2. Prevent empty miles driven to ensure the stable flow of traffic
If several users share an AV one after the other, the repositioning creates an empty journey between the trips. This may result in some empty trips due to reallocation which leads to an increase of traffic by up to 15% (Harper et al., 2016). In the private use of vehicles, empty miles arise mainly from parking. For PAVs there are therefore three options after dropping of the user: find the nearest parking lot, the cheapest parking lot -which is often out of town, or cruise around until the driver needs the car again. The first two scenarios usually have marginal effects (2-4%) (Bischoff et al., 2018). Cruising, on the other hand, has drastic effects and doubles current traffic even at low penetration rates (Bischoff et al., 2018). Fees for empty miles during peak hours could alleviate pressures on existing infrastructures.

3. Support autonomous mobility on Demand instead of individual and privately-owned cars to unlock the ultimate benefits of AV
Access to mobility in an autonomous Mobility-on-Demand system is much more affordable compared to traditional mobility models based on private car ownership. The initial costs of an autonomous vehicles are high. The use as on-demand service and pay by use leads to a rapid spread of AVs. As an example, one single SAV can service the demand of and thereby replace around 10 to 20 non-shared vehicles and are likely to be 36% (Boesch et al., 2018) less expensive per mile than PAV. If not only the car but also the rides are shared, accruing costs cut be split even further among passenger and decrease by up to 60% compared to PAV (Boesch et al., 2018).

4. Prepare the infrastructure of tomorrow today to pave the way for AV implementation
It is currently assumed that AVs within cities are electrically powered. Assuming that a city needs approximately 50.000 to 250.000 on demand vehicles (Bischoff & Maciejweski, 2016), it is known that a large number of charging points are needed which do not exist in cities today. Furthermore, autonomous driving is depending on a reliable mobile network which allows interacting with the environment. A common standard for direct vehicle-to-vehicle communication is therefore needed. 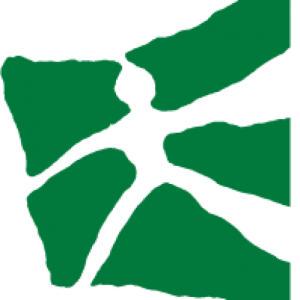